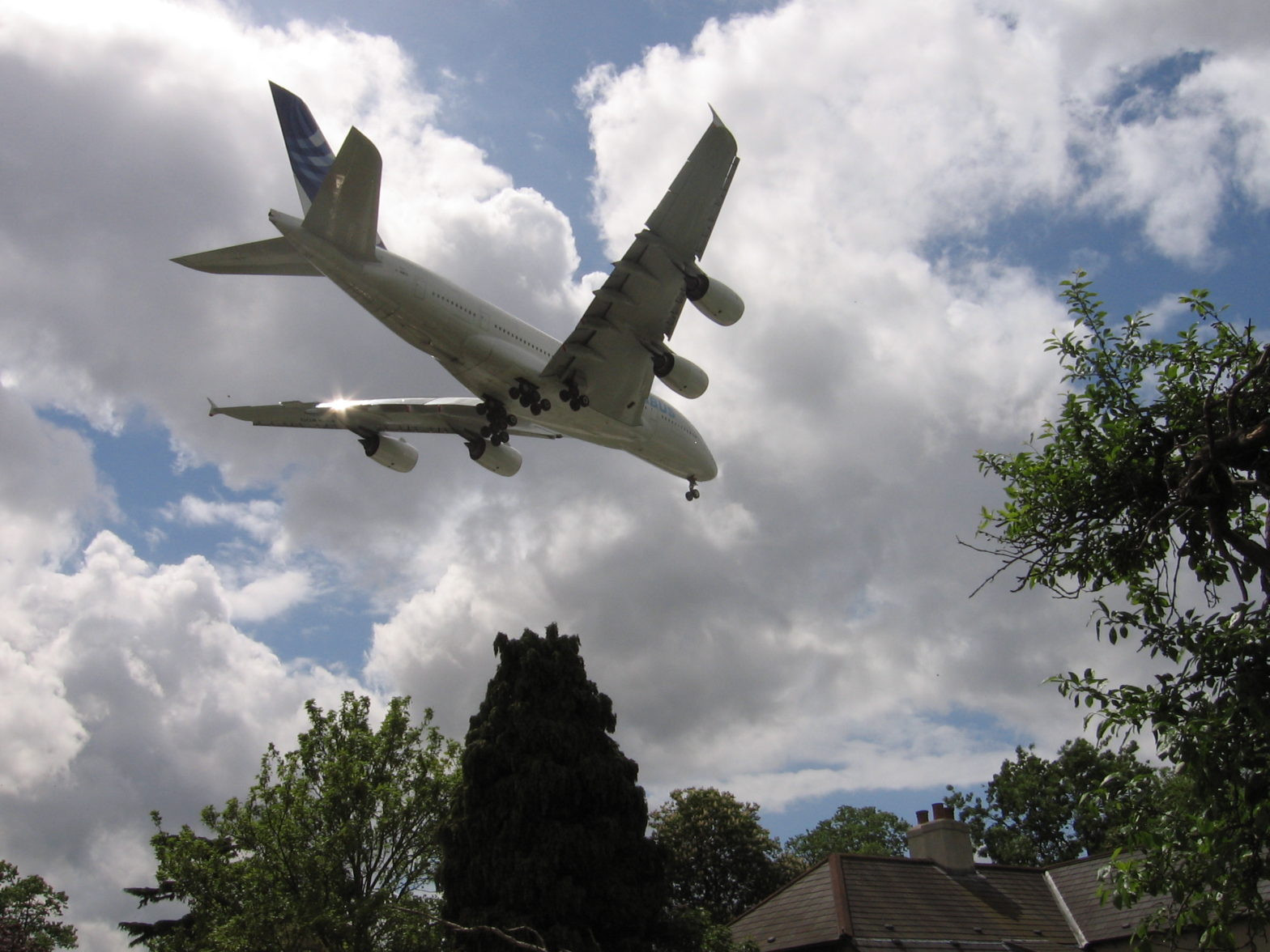 The impact of a Third Runway

A new runway at Heathrow would mean just over 700 extra flights each day.  A total of 760,000 planes would use the airport.  Currently there is an annual cap on  flight numbers of 480,000.  A third runway would mean people in West London under the existing flight paths will lose part of the half day’s break from the noise they currently enjoy. It would of course also mean many people under an arrivals or departure runway for the first time. On March 21st 2017 a new coalition was launched to oppose a third runway at Heathrow.  The No 3rd Runway Coalition consists of 18 organisations and is backed by MPs, peers and local authorities.

5 reasons to oppose a 3rd runway

1. Over 700,000 live under the Heathrow flight paths and London is the most overflown city in Europe

The figures are the latest from the European Commission (2006). They mean that 28% of all people impacted by aircraft noise across Europe live under the Heathrow flight paths.  The actual number would rise to over a million if a third runway was built.

2.  The planes fly over some of Europe’s most populated and poorest areas

The aircraft using Heathrow fly over some very wealthy places but they also fly over some of the most densely-populated areas in Europe.  According to the Indices of Deprivation these include some of the poorest places in the UK where people have no choice of moving away.

3. At least 750 homes would be demolished

This is the bare minimum that would be required.  Most people believe it will be many more because the current plans leave too many people uncomfortably close to the new runway. Lives would be disturbed and communities destroyed.

4.  A third runway is not essential for London economy

More business people and tourists fly into London each year than fly to any other city in the world.  Most have no preference which airport they use. This trend will continue whether or not a third runway is built at Heathrow.  Read more in this blog  click here  and click here.

5.  Tens of thousands would be under a flight path for the first time

A new runway inevitably means a new flight path. Many people in West London and Berkshire could get planes for the first time for as many as 13 hours in one day.

1. How many runways does Heathrow have at present?

It has two runways.

2. How many flights use the airport?

3. How many people are overflown?

According to the European Commission, over 700,000 people are impacted by flights using Heathrow.

4. How does this compare with other airports?

Heathrow is in a league of its own. 28% of the people across Europe affected by aircraft noise live under the Heathrow flight paths?

Sources: European Commission, CAA, based on the population affected by noise using the 56LDen – 2006 figures.

5. How many flights will use the airport if a third runway is built?

6. How many people will be disturbed by noise?

Estimates vary from 620,000 to over 1 million. The reason for the variation is there is still a lot uncertainty about the impact of the measures that would be introduced to limit noise: less noisy planes; improved operational practices; respite periods, i.e. times when communities will get a break from the noise.

7. What’s the economic case for a new runway at Heathrow?

Heathrow Airport argues the UK economy will lose out unless Heathrow expands. Heathrow is one of Europe’s main ‘hub’ airports. A hub airport is one where a lot of people transfer from one airline to the other without leaving the airport. Heathrow argues these ‘transfer’ passengers are important for this reason: transfer passengers make it economical for airlines to run more frequent flights to more destinations. One of the examples they use is Mexico City. There are enough passengers who want to fly directly between London and Mexico City to warrant a few flights a week. But if you add in Mexico City bound passengers who are transferring at Heathrow from smaller airports such as Copenhagen, they make it commercially viable to run many more flights from London to Mexico City each week which in turn makes London potentially a more attractive place for Mexican businesses to invest in (or vice versa).

8. Is Heathrow’s economic argument for expansion accepted by everyone?

No it is not. The counter argument, used by Gatwick Airport, is that, because London is so popular as a destination (more passengers terminate in London than any other city in the world), it is not so dependent on transfer passengers to make flights commercially viable as somewhere like Schiphol. People coming to London tend not to mind which airport they use. Critics also point out that a significant number of the transfer passengers are going to places like New York where the many flights from Heathrow are not dependent on them.

Yes, they would. Heathrow Airport’s proposal would require almost 800 homes to be demolished. But Heathrow has offered to buy nearly 4,000 homes because many people would be so close to the new runway that they might find the noise intolerable. The Heathrow Hub option would knock down 242 homes. People would get compensation but they are asking: would it be enough to buy an equivalent property reasonably nearby?

10. Which areas would be under the Heathrow new flight paths?

Heathrow’s proposed runway would mean a new flight path over Heston, Osterley Park, Brentford and almost certainly parts of Chiswick and Hammersmith. To the west Datchet and Eton would be in the line of fire.  Other flight paths are less certain.

The Heathrow Hub proposal would not require a new runway but it would mean a big increase in planes for people under the existing northern flight paths – places like Kew, Isleworth and Hounslow.

11. What about air pollution?

Areas around Heathrow are already over the EU limits on air pollution. The Airports Commission says that, even with cleaner planes, Heathrow would find it “challenging” to meet the limits if a third runway is built. A lot of the air pollution in the Heathrow area comes not from the planes but from the car traffic.   Heathrow has said it would limit capacity on any new runway if air pollution limits would be exceeded.

12. Will the surrounding roads cope with the extra traffic?

Heathrow has said there will be no more airport-related traffic on the surrounding rounds if a third runway is built than there is today.  It would do this by reducing the amount of staff car-parking available.  New rail schemes like Crossrail will help but it also probably requires new rail connections from the west and south-west of the airport.  Any possible congestion charging scheme would help.

13. Is there any support locally for a new runway at Heathrow?

There is but the extent of it is disputed.  However most polls are showing about 45% support for the third runway in the surrounding boroughs with just over 33% opposed.  Recent national polls show greater opposition probably due to rising concern about climate change.

14. Where is the opposition coming from?

It is a mix of local residents, environmental campaigners, local authorities and politicians from across the political spectrum. It is a very similar coalition to that which defeated the last Labour Government’s proposals for a third runway. It was described by the Daily Telegraph (14/1/09) journalist Iain Martin like this: “the coalition assembled outside Parliament is extraordinarily wide. It runs from radical eco-warriors to middle-class mothers in west London, hedge fund managers in Richmond, to pensioners and parents in Brentford.”